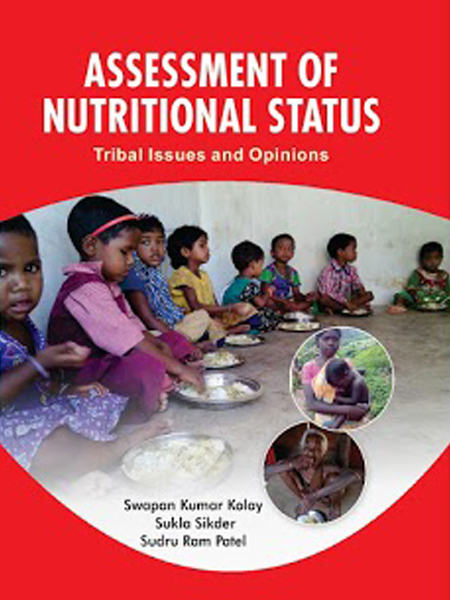 Nutritional issues which have drawn attention from research and teaching point of view. In course of investigation authors have adopted both subjective and objective approaches to understand the concept of health and nutrition. Neither health nor nutrition can be understood in isolation from the socio-economic background of the tribal community and macro-micro level socio-political undercurrents. In this context authors have also underlined the importance of culture, including indigenous knowledge, in the management issues relating to health and nutrition. And the role of culture and tradition have been intensively examined while discussing nutritional status of Dhurwa tribe in Bastar region of Chhattisgarh.  The ability to accurately assess nutritional status of tribal has become critically important in recent decades, as knowledge of and interest in the relationships between diet and health have increased. Nutritional researchers must be able to measure food and nutrient intake with accuracy and precision before drawing conclusions about how health and risk for disease are influenced by what tribal people eat. Periodic monitoring of the nation's health and nutritional status is necessary to develop effective programs targeting specific health and nutrition concerns. Awareness of these health and nutrition concerns has led the government to establish such programs as the Special Supplemental Food Program for Women, Infants and Children. Periodic nutritional and health monitoring provides data to determine the cost-effectiveness of such programs in attempts to preserve effective programs from changing political agendas and governmental budgetary priorities. Dieticians and physicians rely on objective measures of nutritional status before administering nutritional support to a critically ill patient and to determine that patients responsiveness to treatment. The public is increasingly interested in the health implications of taking nutritional supplements and of knowing how much of which supplements can actually improve health and prevent disease.

Ms Sukla Sikder (b. 8th December 1989) is a Teaching Assistant under the UGC doctoral program at the Department of Anthropology, West Bengal State University (WBSU), since 2015. She is also teaching Anthropology in an undergraduate college affiliated to WBSU. She is pursuing her doctoral research as UGC Senior Research Fellow in Anthropology at WBSU. She earned her Masters degree in Anthropology with specialization in Biological Anthropology in first class in the year 2012. Her areas of research interest include Gender Studies, Child Health and Nutrition, Ethno-medicines and Tribal studies. Ms Sikder has worked as a Project Fellow in the Indian Statistical Institute, Kolkata and also in WBSU. She has published a book, a number of research articles in peer-reviewed journals and presented papers in various National and International seminars in India and Nepal. Ms Sikder has also completed many UGC and ICSSR sponsored workshops and Faculty Development Programs in various reputed Universities and institutes in different states of India..