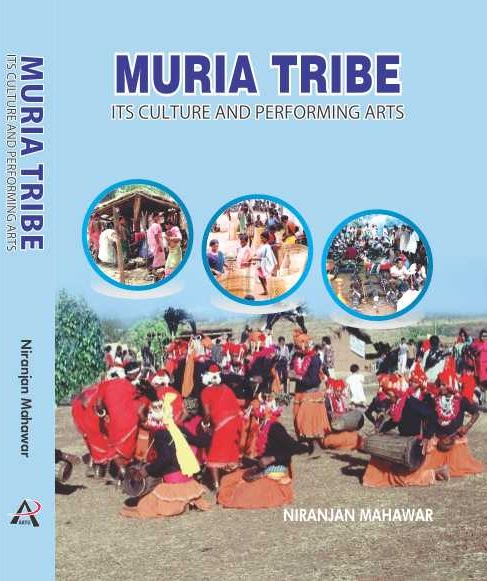 ABOUT THE BOOK OF MURIYA TRIBE

India is a country known for its unity in diversity. Tribals manifest this phenomenon in the brightest manner. In Chhattisgarh the tribals are in large number. There are different tribal communities, which have their own culture and tradition. However they have several things in common as well.

Like the Murias in Bastar have very some of the very old traditions like Ghotul. Late Varrier Elvin had studied and documented the tribals lifestyle meticulously. But after him very seldom any consistent research has been done in this region. Niranjan Mahawar came up with his own perception   and he wrote prolifically in 70s and 80s in national media. His research-based articles and papers were lauded by one and all.

His book on Muria tribe underlines the rich cultural tradition and the performing art forms of this tribe. Mahawar has collected and compiled a large number of tribal songs also which explain their cultural significance. Besides the religious practices and rituals of Muria tribe have also been elaborated beautifully, so that the readers can have a glimpse of how the Murias used to live and how glorious their culture and tradition has been during all these years.