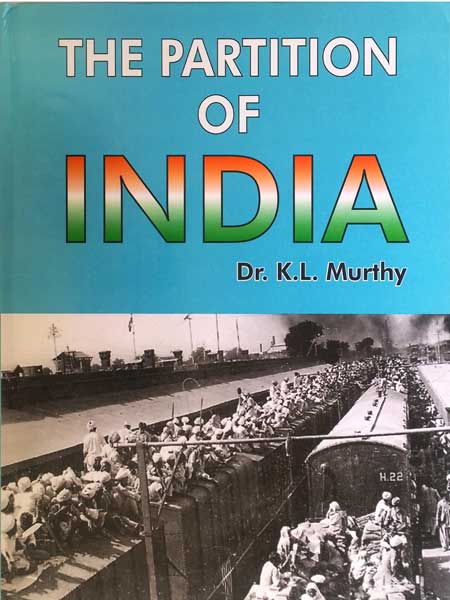 The Partition Of India (For 2 Vols Set)

Title: The Partition Of India (For 2 Vols Set)

With Calcutta and other parts of Bengal becoming drenched in blood after Muslim League launched 'Direct Action' for demanding Pakistan in 1946, it seems Partition became inevitable. Though Mahatma Gandhi and Congress Leaders, who led the Freedom Struggle were opposed to Partition till the end, at the last hour, for smooth and immediate Transfer of Power, agreed for Partition.

JinnahÃ¢Ã¢â¬Ã¢â¢s observations that the 2nd World War (1939- 45) proved to be a blessing in disguise, tells in a way that the various changes that came in the Indian Political scene after the beginning of the 2nd World War paved the way for the emergence of Pakistan.

Dr. K. Lakshmana Murthy born in 1945, in a small town Tenali, Guntur District Andhra Pradesh. (INDIA) began his career with a Diploma in Civil Engineering in the Archaeology Department of Govt. of Andhra Pradesh attending to the Conservation work of Ancient Monuments for more than 36 years and retired as Assistant Director in 2003.

During his service he visited ITALY AND EGYPT. In Italy he pursued advanced studies in Preservation work of Ancient Monument (1977) on UNESCO Fellowship at the International Centre for Conservation ROME. He obtained Ph.D. from Osmania University Hyderabad (1994) for his Thesis on conservation of Monuments. It was published in 1997.

His book on British In India, Narrating the life and work of British in India in 2001. The British in India book translated by him into his Mother Tongue Telugu, was published by the Dravidian University at Kuppam in Andhra Pradesh in 2008.