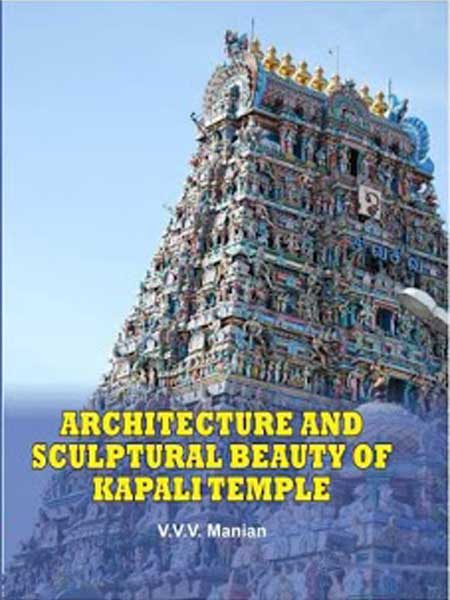 This book takes the reader on a journey inside the prominent Kapaleeswarar temple in Chennai, Tamil Nadu. The first deeply researched and comprehensive tome on the renowned temple, it gives fascinating insights into its history and legend, and traces the time line of both Chennai and Mylapore. Rich in detail, it includes vivid descriptions of various sculptures, shrines, deities, vimanams, gopurams and rituals, including the annual festival Bromothsavam. The clear narrative takes the reader right to the heart of the temple and makes him or her part of the events taking place in its vicinity. The vibrant photographs were also taken by the author of the book.

V.V.S. Manian has had an extremely successful and unique career in the fields of Marketing, Communication, Journalism and Teaching. He started off as Project and Chief Marketing Manager, Modern Bakeries Ltd., New Delhi, a role which took him across the length and breadth of India.  He moved from the public sector to advertising and media and has worked at leading organizations like W S Industries and Efficient Publicities.

As a journalist, he has worked as freelance journalist and photographer for The Mail, Madras and contributed regularly to The Hindu, Deccan Herald, and Trinity Mirror.  He was the founder/editor of two weeklies, Blue Streak and Jana Mitran and currently runs the Asian News and Features Syndicate, Chennai.

V.V.S. Manian was also the Principal for the evening College of Bhavans Rajaji College of Communication and Management, Chennai and has taught Marketing and Journalism for nearly three decades. He has also served as Assistant to Honorary Consul for Canada (Tamil Nadu and Pondicherry) from 1992-2003.

He has interpreted and translated slokas like the Abhirami Andadhi, Shiva Sahasaranamam, Vishnu sahasranam, Lalitha Sahasaranam and Neeti Sathagam into English. He has written several books including the Dictionary on Journalism and Mass Communication and Significance of Hindu marriage rituals.

He holds an MBA from the PSG Arts College and PSG College of Technology, Coimbatore and a Diploma in Public Relations and Journalism from the Rajendra Prasad Institute of Communication Studies, Mumbai.

V.V.S. Manian is also actively involved in politics and is now the Vice President, Intellectual Cell, South Chennai for the BJP.