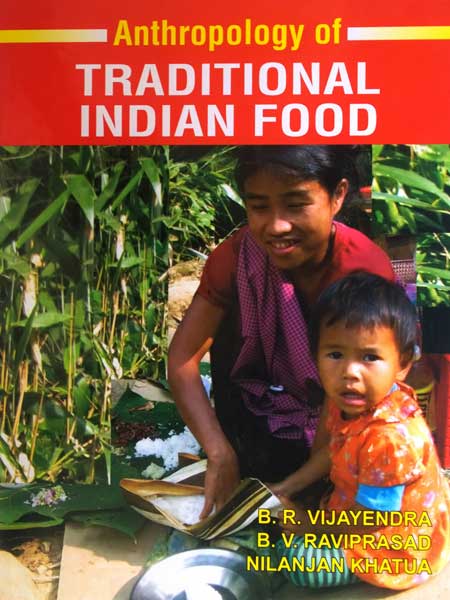 This book is the outcome of a National Seminar on Ã¢â‚¬ËœAnthropology of Traditional Indian foodÃ¢â‚¬â„¢ organized by Anthropological Association (AA), Mysore, held on 12th-14 March 2013. Eminent scholars from all over India participated and presented papers in the seminar on themes such as food and health care, food and nutrition, food and cultural beliefs, food and language, food and human growth, food processing and preservation and food and cultural change.

This book is the outcome of a National Seminar on Anthropology of Traditional Indian food organized by Anthropological Association (AA), Mysore, held on 12th-14 March 2013. Eminent scholars from all over India participated and presented papers in the seminar on themes such as food and health care, food and nutrition, food and cultural beliefs, food and language, food and human growth, food processing and preservation and food and cultural change. In the seminar forty three scholars presented papers out of which editorial board has selected 21 papers which are relevant to the theme of the seminar. This volume contains five sections; each section is made based on the themes and the articles are arranged in the respective sections for the benefit of the reader.

B.V. Raviprasad (b. 1960) is an Assistant Anthropologist of the Anthropological Survey of India, Andaman and Nicobar Regional Centre, Port Blair. Dr. Prasad had completed 26 years of regular service in the Anthropological Survey of India, Ministry of Culture, Government of India. Anthropological Demography, Population Genetics and Applied Anthropology are his major areas of Interest. He worked among the Nicobarese tribe of A & N islands for his Doctor of Philosophy Degree. He was Postdoctoral Fellow in Eccles Institute of Human Genetics, University of Utah, USA. Prior to joining the Survey, Dr. Prasad worked as Project Assistant in several research projects in the National Institute of Educational Planning and Administration (NIEPA), New Delhi  and National Council of  Educational Research and Training (NCERT), New Delhi and Department of Anthropology, Andhra University, Visakhapatnam. Dr. Prasad has published more than 50 research papers in National and International Journals and a book 'Urban Poor of Visakhapatnam City' (2012). A few research papers on Nicobarese are extensively quoted others in their publications. He is life member in Indian Society of Human Genetics and Anthropological Association, Mysore and Secretary of the Anthropological Association, Mysore, presently.

Nilanjan Khatua is a well known in the field of Social-Cultural Anthropology and Museum Anthropology. His field of interest is tribal studies and tribal heritage. His academic achievements include M.Sc., M.Phil. and Ph.D. in Social Anthropology from Guru Ghasidas University, Bilaspur. He is currently associated with the Anthropological Survey of India as Assistant Keeper and Officer-in-Charge of Zonal Anthropological Museum, Mysore. Dr. Khatua has been recipient of young scientist award of MPCOST, Bhopal in Behavioural science in the year 1997. He is a life member of various academic bodies like Anthropological Association (AA), Society for Indian medical Anthropology (SIMA), Indian Anthropological Society (IAS), Museum Association of India (MAI), Indian Association for the Study of Conservation of Cultural Property (IASC), INCAA, and ICOM. He had been to Chicago, USA in the year 2015 to undergo an advance training in the field of Museum studies under Vivekananda Memorial Programme for Museum Excellence  a Ministry of Culture approved programme. He has published more than forty research papers in national journals and edited books. He is also an author of a book entitled Health, Ecology and Culture.