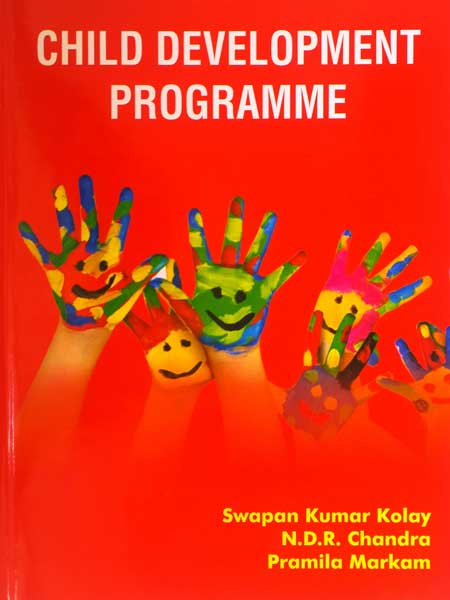 Poor child and mother health status is the great concerning problems of the Government in developing countries and India is one of them. So the Indian Government was initiated ICDS in 1975 in 33 blocks and used Below Poverty Line as a criteria for delivery of services. Follow up of 2004 Supreme Court order, ICDS expanded in 2005 to cover the entire country

Poor child and mother health status is the great concerning problems of the Government in developing countries and India is one of them. So the Indian Government was initiated ICDS in 1975 in 33 blocks and used Below Poverty Line as a criteria for delivery of services. Follow up of 2004 Supreme Court order, ICDS expanded in 2005 to cover the entire country. The objectives of the Integrated Child health Development are to control infant mortality, maternal mortality, under 5 mortality, to save children's health (below six year), to save mothers and malnutrition eradication for which the Anganwadi Courtyard Shelter is a centre/place provides supplementary nutritional food, non-formal pre-school education, caring of lactating and pregnant mothers, immunization, timely health checkup and other referral services that directly influence the mothers and their children. Lack of knowledge always creates obstacles for the implementation of any Government programmes. So, the collection of all the information in one plate would serve fruitful information to the reader. With this regard the book is categorized into seven chapters where the chapter I provides the entire base line information about the Integrated Child Development Services with their aims, objectives and challenges. Chapter II is about the methodology which describes the way and tools of data collection to observe the present status of ICDS in the study area. It is noteworthy and necessary to know about the study setting area before reaching to any conclusion, so the next chapter III is about the selected study area that elaborates all the demographic, physical environment, ecological condition, and socio-cultural status, heritage and attraction of the State, District and Village. Apart from that Chapter IV and V, are the key elements of this book, based on the rights of under six year children under ICDS programs and working conditions of Anganwadi Workers at Government level respectively. Chapter VI depicts our analysis parts with result and discussion after observations. After getting result we are able to conclude and recommend any fruitful suggestions. Thus, the last chapter VII is based on core strategies for the new planning and better implementation. With above introduction about the book, as writers and researchers we are just sharing our analysis and we are genuinely able to say that this book does not criticizing any Government program and schemes and its implementation.

Professor N.D.R. Chandra is a Vice Chancellor at Bastar Unversity, Jagdalpur since 2013. He has been nominated as a member of Chhattisgarh Higher Education Council in 2014. He holds the regular position of Professor of English at Nagaland Central University. He obtain his MA in English Literaturefrom Pt. Ravishankar Shukla University, Raipur. P.G.D.T.E. from Central Instititute of English and Foreigh Languages, Hyderabad. M.Phil from Dr. H.S.Gour University, Sagar and Ph.D. from GGD University, Bilaspur. He was an elected member of the Governing Council of Indo- Ameriacan Centre for International Studies, Hyderabad an was an associate of the Indian Institute of Advanced Study, Shimla. He has authored Literary Theory and The New Critics, Literary Terms in Poetry and Literary Terms in Drama, Theatre & Cinema. Literary Terms in Fiction and Prose (trio with Dr. A. J. Sebastian). He has also edited Modern Literary Criticism: Theory and Practice Vols. I & II). Chhattisgarh: Towards the Path of Development and the Flow of the Soul. His interests include Feminism and Fiction Studies. Linguistics and English Language Teaching, Education and Environmental Studies, Identity, Culture and Theory.