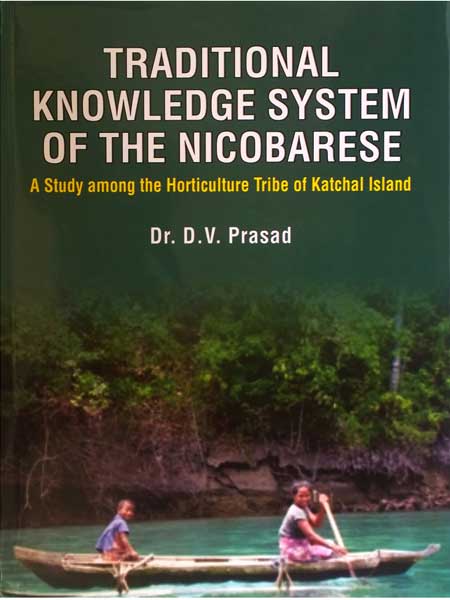 Traditional Knowledge System Of The Nicobarese

The word traditional knowledge has become a buzzword in the contemporary society for optimum utilization and management of natural resources for sustenance of tribal and rural communities. This local knowledge is intangible in nature and hence deeply imbibed in their customs, traditions, rites and rituals, folklore, magico-religious practices.

The word traditional knowledge has become a buzzword in the contemporary society for optimum utilization and management of natural resources for sustenance of tribal and rural communities. This local knowledge is intangible in nature and hence deeply imbibed in their customs, traditions, rites and rituals, folklore, magico-religious practices. The interaction with nature is possible through the medium of culture and hence socio-cultural processes play a significant role in carrying and conserving the knowledge base. As such, traditional knowledge has become an integral part of every culture since it caters the basic needs like food, shelter, and heath care.

The level of this book is truly academic and research oriented. Further it is also useful to the planners, policy makers, administrators, and other action groups who are interested for protection of indigenous knowledge and their rights. This book had provided the scope to do further research on not only horticultural communities but other tribal communities since rejenuvation of environment is possible with the traditional wisdom.

Dr. Dannarapu Venkat Prasad (b.1975) obtained Doctoral Degree in Anthropology from University of Hyderabad, Hyderabad in 2007. Earlier, he was associated with Anthropological Survey of India (Andaman and Nicobar Regional Centres from 2003 to 2009 and Southern Regional Centre 2009-2011) as Assistant Anthropologist. Being a student of human science, he carried out anthropological fieldwork in tribal and rural villages including Andaman and Nicobar Islands, Goa, Andhra Pradesh, Chhattisgarh, and Madhya Pradesh and carried out various national and regional projects of Government of India. At present he is carrying out Major Research Project on Resource Management and Changing Livelihoods among the Particularly Vulnerable Tribal Groups (PVTGs) sponsored by Indian Council of Social Science Research (ICSSR), New Delhi. He was recipient of Smt. Rajalakshmi Misra Memorial Medal in 2009 from Anthropological Association, Mysore for excellence in anthropological research. His major publications are Cultural Dynamics of Resource Management among Koya, Ethnoscience and Traditional Technology in India, Cultural Pluralism among the Nicobarese of Central Nicobar and Burmese Settlers in Andaman Island, Syncretism of Mazar Pahad in Great Andaman, Sacred Complex of Port Blair city, etc. Besides, he also published many research articles in different international and national journals. He is presented research papers in various national and international seminars. He is a life member different professional bodies such as Indian National Confederation and Academy of Anthropologists (INCAA), Kolkata, Anthropological Association (AA), Mysore and Society for Indian Medical Anthropology (SIMA), Mysore. Dr. Prasad is presently working as Assistant Professor of Social Anthropology, Indira Gandhi National Tribal University, Amarkantak, Madhya Pradesh.