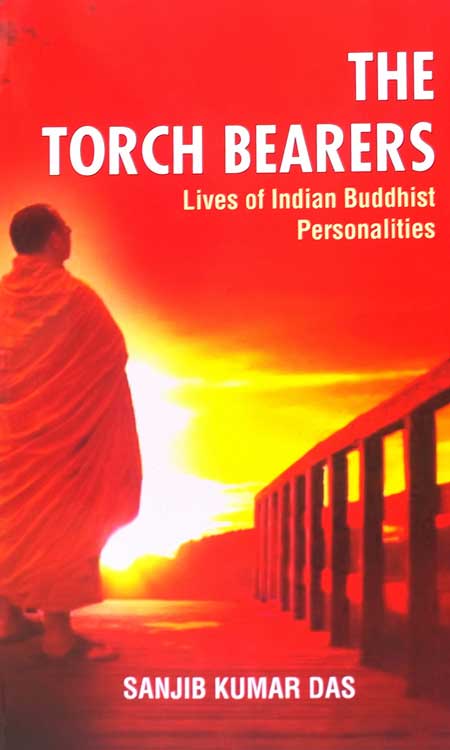 Born in a middle class family in West Bengal, Dr. Sanjib Kumar Das was educated at Chandpara Nimna Buniyadi Vidyalaya (Amtala) and then in Gobardanga Khantura High School. Meanwhile, due to some of his personal problems, he fled away from home and worked as a waiter in several hotels and sweet shops for about two years in Kolkata. Later, he went to Darjeeling and took shelter in a Buddhist Monastery where he also worked as a helper of mason for about a year. There, an auspicious co-incidence came upon in his life that also totally changed his life as well. On account of the kindness of the Thupten Sanga Chöling Monastery, he was admitted in its branch school named 'Drukpa Kagyu Destitute Home' where he studied upto standard VIII. Subsequently, he was sent to Varanasi in 1989 in order to get admission in the then Central Institute of Higher Tibetan Studies (present CUTS), Sarnath for higher studies. Getting admission, he obtained M.A., pursuing upon Buddhist Philosophy, Tibetan Language and other prescribed subjects. In 1998, he was awarded with the Kashi Naresh Gold Medal for being the best student of 1998. After completing M.A., he started doing his Ph.D. which he completed in 2002. In 1999, he was invited as a Translator from Tibetan into English to Taiwan where he stayed for about five months. In 2002, he got a temporary job in the Translation Department in the CIHTS, Sarnath and simultaneously a permanent job in Central Institute of Buddhist Studies, Leh where he worked for about six years. In 2008, he got a new job in Visva-Bharati University, Santiniketan where he has been working on the post of Associate Professor in the Department of Indo-Tibetan Studies since he joined. Apart from his academic works, Dr. Das was also carried out the responsibility of HOD [Head of the Department], Department of Indo-Tibetan Studies, Visva-Bharati for about seven years as well as the I/C Director, Centre for Buddhist Studies, Visva-Bharati for three years. Dr. Das has also composed, translated, edited, restored and compiled several books which have been published by different universities, institutions and publishers in India. Apart from translation, compilation, restoration and editing work, Dr. Das attended number of Local, National and International seminars, and presented papers.