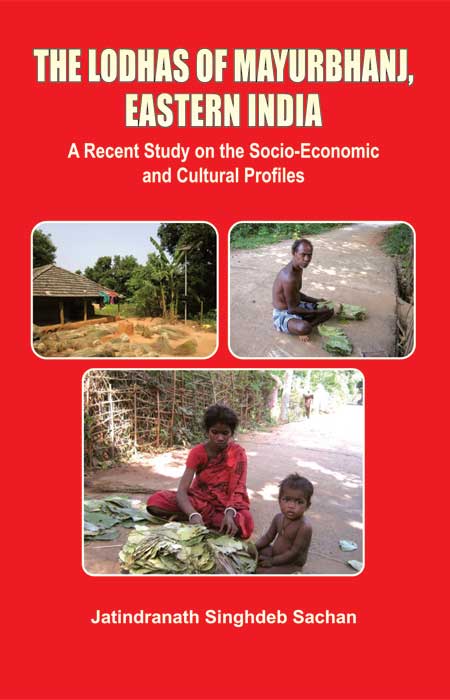 The eastern India in general and the state of Odisha in particular is very rich in tribal cultural heritage. The heighest number of tribal group of the country is seen in this state. These tribal groups are separated from one to another on the basis of their socio-cultural life, subsistence pattern, physical features, languages etc. The Lodhas are such a group of people who are mainly residing in West Bengal and the boarding states of Odisha and Jharkhand, are known for their unique economic behavior. Previously, they were very notorious and engaged themselves in theft, robbery and burglary. Because of this typical character, the Lodhas of West Bengal are well attracted to the anthropologists and other social scientists. But in comparision to it, there is very less work has been made on this tribe, who are aboding in Odisha and Jharkand. Presently, the socio-cultural and economic life is changing slowly. The present book 'The Lodhas of Mayurbhanj, Eastern India:  A Recent Study on the Socio-Economic and Cultural Profiles' is an outcome of the intensive research on this tribe. It is a kind of a pioneering works on the Lodhas of Odisha, from a historical perspective where a fresh light has been given on the myths, folk tales, songs, religion, language, family, marriage, economic practices etc. This work will contribute for a better understanding to tribal history and culture of eastern India and will help to the teachers, scholar, students of different subjects as well as the local administration for making and implementing different plans and policies.

Dr. JatindranathSinghdebSachan (Dec.17, 1962) a Post Graduate alumni of Utkal University, Vanivihar, Bhubaneswar is the Reader and Head, Department of History, B. B. College, Baiganbadia in the district of Mayurbhanj in Odisha. He was awarded Ph.D. degree in History from North Orissa University for his research work entitled, 'A Cultural History of the Kudmis of Mayurbhanj' in 2008. Thereafter he took up further research work on the Lodhas, an aggressive tribe of the district which earned him the prestigious D.Litt. degree in the subject again from North Orissa University for the thesis entitled, 'Changing Socio Socio-Economic and Cultural Profiles of the Lodhas of Mayurbhanj' in the year 2017. The present book is a print adaptation of this research work under the title, 'The Lodhas of Mayurbhanj, Eastern India: A Recent Study on the Socio-Economic and Cultural Profiles'. He has done two Minor Research Projects with UGC assistance and there are more than 40 published papers to his credit. Presently he is a research supervisor of North Orissa University,an EC Member of Orissa History Congress and a Member of Indian History Congress. This is a kind of first work on the Lodhas of Odisha made by a historian from the study areas.